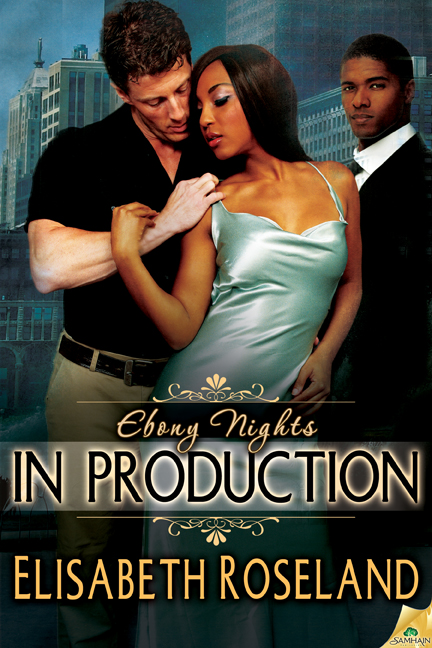 A late-night escort could be just what she needs to go prime time with the right man.

Chicago-based TV producer Marie Hutchinson has her eye on much bigger things—like Hollywood. Her controversial documentary subject is sure to get her there, but it has left her no time for relationships. Her sexual itches get scratched on a regular basis, thanks to Ebony Nights escorts and Brian Taylor, her latest favorite.

The truth, hidden inside her walled-off heart, is her ex’s infidelity with her best friend sent her emotions into deep hibernation. So deep, she’s convinced herself that charming, intelligent Vincent Contadino, a producer at another station, is all wrong for her.

The news that she’s lost her project to a competing producer sends Marie straight into Vince’s comforting arms. One wild night of aggressive, passionate sex later, she finds herself willing to once again test the relationship waters.

Until she learns who pulled the rug out from under her dreams…and her speed dial is answered by the only man who can talk her down from the edge of throwing away her only chance for love.

Warning: This book contains an escort fluent in body language, an Italian with a voracious appetite, and a television producer who wants them both in prime time.

Enjoy the following excerpt from In Production:

“There’s something different about you.”

“What do you mean?” Marie slowly ran her fingers up and down the stem of the wine glass.

Brian studied her. “What’s his name?”

Marie lifted the glass to her lips and took a sip. “I have no idea what you’re talking about.”

The look on Brian’s face was open and honest. Marie glanced around the crowded bar and took note of all of the people raising a glass to the weekend. “He’s just a colleague.”

She focused back on Brian, whose crisp white shirt drew attention to his dark brown skin. “No. We don’t work together. He works at another station.”

“Ah, fraternizing with the competition.”

“I don’t know. He’s just a colleague.” Brian said nothing. “He’s a friend of mine who’s also a producer. And he asked me out… I mean, he’s asked me out before, but I always said no. He was at the same conference out in LA with me, and he kept trying to hook up with me out there, but we never did. Last week he asked me out again.” She took another sip of wine. “And this time I said yes.”

“Why did you say yes this time if you said no every other time?”

“Because he threatened to sing.”

“He…” Marie smiled slightly and looked away for a moment. “He called me up and said if I didn’t meet him for drinks, he’d stand outside the station and sing some awful song in Italian.”

“And that convinced you to go on a date with him?”

“Well…yes. Actually, no. That wasn’t our date.”

“Oh, so you went out with him again.”

“Well…” her glass now empty, Brian signaled for the waitress to bring her another, “…he actually kind of tricked me.”

“He tricked you into going out on another date with him?”

“Yes, he—I mean we—made a bet on who would win in the ratings that day.”

The waitress set a fresh glass of white wine and another beer on the table. “No. I lost. So as the loser, I had to take him out for dinner.”

“So you paid for the date? That doesn’t sound like much of a—”

“Mmm hmm. Well, you took his bet, so I’m guessing there’s something special about this guy.”

“No, it’s not even like that. We’re just friends.”

“Did he kiss you?” The heat rose to her face as she remembered the kiss in the car. The way he touched her, the way he kissed her, the way his eyes told her he was struggling to remain a gentleman. “Yeah, I thought so.”

“What? I didn’t even answer your question.” She took another sip in an attempt to cool off.

“Sure you did. The way you’re blushing tells me everything I need to know.”

“That means nothing,” Marie mumbled and looked down at the starched tablecloth.

“Hey, it’s my job to read the human body, particularly women’s. Speaking of, are you sure you want to do this tonight? It sounds like there have been new developments recently.”

“Absolutely! I mean…” she cleared her throat, “…it was just a first date. He’s a nice guy and all, but he’s got some baggage and I—”

Marie blinked. “Oh, sure, but I don’t really know how I feel about him. And we didn’t…you know. We just kissed, and then he went home so…”

Brian moved his leg so it pressed up against hers. “So he left you all worked up with no follow through.”

Marie’s gaze travelled from Brian’s handsome face down to the exposed flesh peeking out of his open collar. She wanted to undo the rest of his shirt buttons one by one and run her fingers over his lean torso. “He did.”

Brian smiled slowly, and Marie was ready to settle the tab and see if he could finish what Vince had started.

In Production can be found at the following retailers or wherever ebooks are sold: